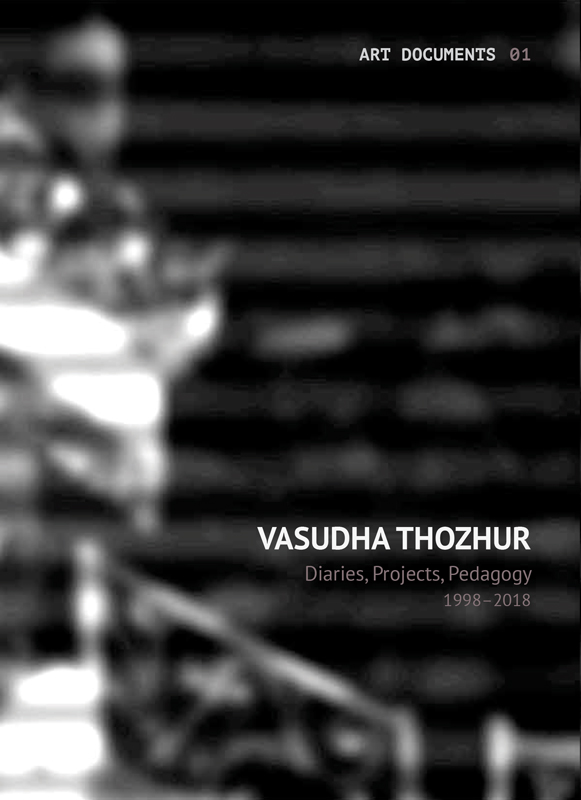 Art Documents, under the SSAF–Tulika Books imprint, is conceived as a series of montaged text and image documents, at once archival, contemporary and contextual. Creatively introduced and edited, these books seek to present multivalent forms of discourse where there is no single thesis, and no necessary convergence of the vectors released in the process of inquiry. Geeta Kapur is Series Editor of Art Documents.

This book, based on artist Vasudha Thozhur’s project journals and pedagogical texts, is the first in the series. In her own words:

This book is a compilation of texts that were written as a response to different compulsions. As the title indicates, it contains diary entries, seminar papers, catalogue essays and excerpts from a series of nine books related to an extended project undertaken between 2002 and 2012. Woven together, as they are, it is hoped that they create a narrative that exceeds the sum of its parts. I write, as I paint, to break the skin of the everyday, to create ruptures that provide access to dimensions of life as lived through the practice of art. Diaries and journals are doorways to a kind of becoming that leaves little scope for obfuscation or concealment: they provide loops that one can enter at any time and still feel a sense of being in the present, and in truth – despite its mutations and uncertainties.

Born in 1956 in Mysore, Vasudha Thozhur studied at the College of Arts and Crafts, Madras, and at the School of Art and Design at Croydon, UK. Her practice is interdisciplinary but primarily rooted in painting. She lived and worked in Chennai between 1981 and 1997, and in Baroda between 1997 and 2013. Besides exhibitions and residencies, she is involved with institutional work related to teaching and education in general. Two grants from the India Foundation for the Arts, Bangalore supported a research project, ‘The Himmat Workshops’, which looked at ways of rooting art practice in ground and other realities, with particular reference to conflict zones. It involved collaborating with Himmat, an activist organization based in Vatva, Ahmedabad, between 2002 and 2007. A compilation of the outcome, entitled Beyond Pain: An Afterlife, was exhibited in Mumbai in 2013 and New Delhi in 2015. Vasudha Thozhur is a Professor in the Department of Art and Performing Arts at Shiv Nadar University, Dadri, Uttar Pradesh since 2013, and lives in Greater Noida, NCR. Her other passions include music, and creatures, great and small.