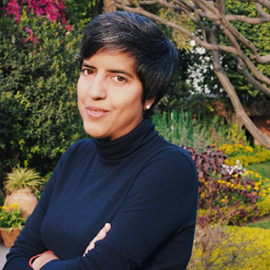 Devika Daulet-Singh established PHOTOINK in 2001 as a photo agency and publication design studio, based in New Delhi. In 2008, PHOTOINK expanded into a gallery to exhibit contemporary Indian photography and international photographers. Her engagement with the world of photography has been as an editor, curator and publisher of photo books.

Devika Daulet-Singh has juried for the Umrao Singh Sher-Gil Grant for Photography (2015), W. Eugene Smith Grant in Humanistic Photography (2010), RNG India Press Photo Awards (2004, 2006), and has been a nominator for the 2016 International Photography Prize, the Prix Pictet prize (for the last five years) and the 2014 GD4PhotoART award. 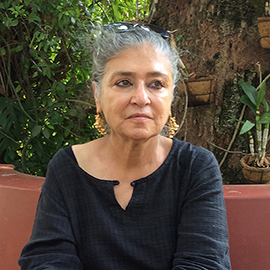 Neelam Man Singh Chowdhry has a Master’s degree in the History of Arts as well as a diploma from the National School of Drama. In 1979, she moved to Bhopal and joined Rang Mandal, a theatre repertory attached to the multi-arts complex, Bharat Bhavan. In 1984, she moved to Chandigarh, where she set up her own theatre group, ‘The Company’. Alongside The Company, she has been teaching in and was also chairperson of the Department of Indian Theatre, Panjab University.

Her well-known plays include Kitchen Katha, The Suit, Yerma, Nagamandala, The Mad Woman of Chaillot, Little Eyolf, Bitter Fruit and Naked Voices, to name a few . The theatre group has participated in major national and international festivals.

Neelam Man Singh Chowdhry is the recipient of several awards including the Sangeet Natak Akademi Award (2003) and the  Padmashri (2011). She is presently Professor Emeritus at the Panjab University. 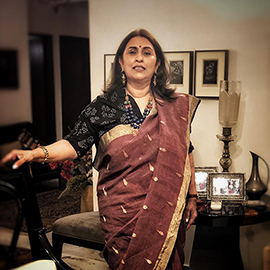 Pooja Sood is a founding member and Director of Khoj International Artists’ Association, which is an autonomous, not for profit  society committed to experimentation and exchange in the visual arts in India. Under her stewardship, Khoj has grown from an annual event in 1997 to a small but vibrant institution which plays a central role in the development of experimental, interdisciplinary and critical contemporary art practice in India.

As Director of Khoj, Pooja Sood has worked actively to build a robust network of experimental spaces across South Asia, resulting in the South Asian Network for the Arts (SANA). Her contribution has been in the field of curating alternative contemporary art practices in India, as well as exploring different models of collaboration and institution-building in India and South Asia.

Since 2009 she has been the Director of ArThinkSouthAsia ( ATSA), which is an arts management programme for young cultural leaders  in South Asia. More recently, in 2015, she was appointed Director General of a multi-arts space, the Jawahar Kala Kendra, in Jaipur.

Pooja Sood is a Chevening scholar on the Clore  Leadership Programme, UK ( 2009–11). She lives and works in New Delhi. 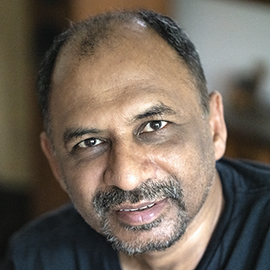 Ravi Agarwal has an inter-disciplinary practice as an artist, environmental campaigner, writer and curator. His work bridges the divide between art and activism, drawing on the semiotics of the documentary to politicize the aesthetics of contemporary India. Using photography, video, text and installation he intervenes in the continued colonization of nature, posing questions about ecology and society, culture, urbanity etc. He has been shown widely, including at dOCUMENTA XI, the Biennials of Havana (2019) Yinchuan (2018), Kochi (2016), Sharjah (2013) etc. He has curated large public art projects such as the Yamuna-Elbe, twin city project (2011), and Embrace our Rivers, an Indo- European project (2018), and was the photography curator for the Serendipity Arts Festival 2018 and 2019. His works are in several private and public collections and he has authored and edited books and journals. Ravi is also the founder director of the environmental NGO Toxics Link and recipient of the UN Award for Chemical Safety and the Ashoka Fellowship. 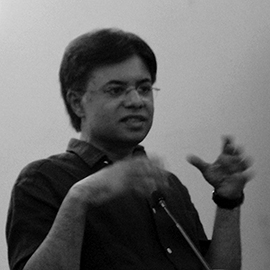 Ravi Sundaram is a Professor at the Centre for the Study of Developing Societies (CSDS), Delhi. In 2000 he founded the well-known Sarai programme at the CSDS along with Ravi Vasudevan and the Raqs Media Collective. Since then, Sarai grew to become one of India’s best-known experimental and critical research sites on media, spanning local and global sites. Sundaram is the author of Pirate Modernity: Media Urbanism in Delhi (2010) and No Limits: Media Studies from India (Delhi, 2015).

Sundaram’s essays have been translated into various languages in India, Asia, and Europe. He is currently finishing his next book project, Events and Affections: post-public media circulation.

Sundaram has been a visiting Professor at the universities of Princeton, Johns Hopkins, Michigan, Ann Arbor, and Oxford. 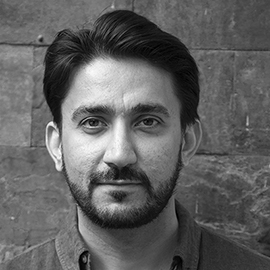 Sabih Ahmed is Associate Director and Curator at the Ishara Art Foundation in Dubai. His curatorial work and research focus on modern and contemporary art of South Asia through diverse itineraries, languages and inter-disciplinary formations. Prior to Ishara, Ahmed was Senior Researcher at Asia Art Archive (AAA) from 2009 to 2020. He led various research initiatives pertaining to modern and contemporary art in India that include digitisation projects of art practitioners’ archives, developing digital bibliographies of vernacular art writing, and organizing conferences and workshops. He was a member of the Curatorial Collegiate of the 11th Shanghai Biennale (2016) with Raqs Media Collective as Chief Curators.

He has been a visiting faculty in Ambedkar University Delhi’s School of Culture and Creative Expression. His writings have been published in the Sarai Reader, Marg, Mousse Publications, The Whitworth, and Oncurating.