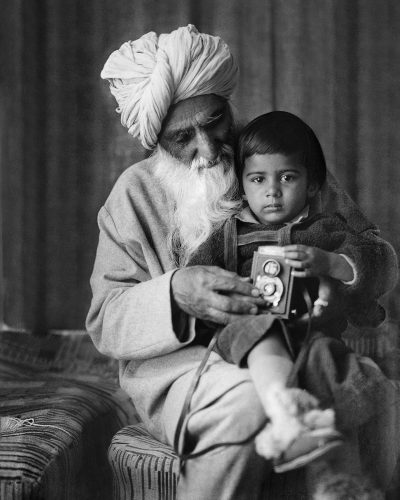 Umrao Singh Sher-Gil was born in 1870 near Amritsar and was the oldest son of the Punjabi zamindar Raja Surat Singh Majithia. While his brother set up a successful sugar factory near Gorakhpur with his inheritance, Umrao Singh lived in the politically and creatively vibrant city of Lahore, where he began a lifelong friendship with the young poet Mohmmed Iqbal. Both men were actively anti-British, which eventually led to the rulers confiscating Umrao Singh’s property. He then withdrew into a life of scholarship and contemplation. He studied Sanskrit, Persian, philosophy, theology and, in testament to his wide interests, tried his hand at calligraphy and carpentry. He was a profound admirer of the Humanist and Enlightenment principles of Leo Tolstoy, even dressing himself in a simple tunic fashioned after the one worn by the Russian writer. In 1911, Umrao Singh met the Hungarian opera singer Marie Antoinette Gottesman, who was to be his second wife, while she was accompanying the socialite Princess Bamba on a trip to Punjab. The couple left for Budapest soon after their wedding where their two children, Amrita and Indira, were born. They lived in Hungary until the end of the First World War, upon which the family sailed for India and settled in Shimla.

It is these years of his life, living in India and later in Europe with Marie Antoinette and their daughters that largely form the subject of Umrao Singh’s work as an amateur yet committed photographer. He produced a family album of vast proportion, unknowingly pioneering the genre of intentionally arranged and staged ‘mise-en-scene’ photography that would be renewed by Indian photographers half a century later. His body of work forms a striking account of the bourgeois Indian family – playful, celebratory, intimate and expressive.

Where Umrao Singh was reclusive and inward focused, Marie Antoinette was intensely sociable and outgoing. The oldest of five children, she spoke several languages and had learned painting and music in Italy and England. Born into the Hungarian middle class which distinguished itself through a high regard for culture and intellectual pursuits, Marie Antoinette and her siblings were highly desired guests at lavish parties of the European elite. She was determined to cultivate a deep appreciation for arts and culture in her daughters, to whom she passed on her love of western classical music. It was at her behest that Amrita and Indira received formal instruction in piano and the violin as children, and went on to academic training in the arts in Europe.

Born in 1913, Umrao Singh Sher-Gil and Marie Antoinette Gottesman’s elder daughter Amrita Sher-Gil showed an interest in painting from an early age, illustrating the Hungarian fairy tales told by her mother. Over her early childhood in Shimla she was taught drawing by multiple tutors, starting with water colours and line drawings and 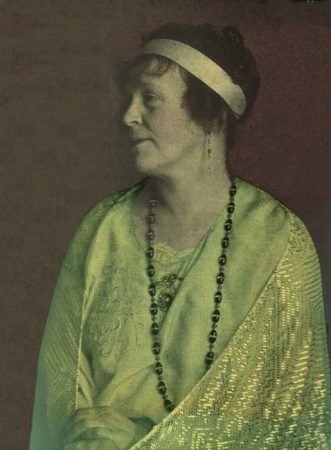 moving onto drawing from live models. When Amrita was sixteen, the Sher-Gil family set sail for Paris where she began training at the Ecole des Beaux Arts. Amrita returned to India in 1934 where she soon received recognition and was celebrated as an important figure in the development of modern Indian art. Knowing that she could not devote herself to her painting while fulfilling the demands of conventional wifehood, she married her Hungarian cousin and friend Dr Victor Egan. After a few years spent in Hungary and Shimla, the couple settled in Lahore where the young doctor was to set up his practice and Amrita had planned a major show of her paintings. A few days before the opening, she was taken by an illness that unexpectedly turned serious. Amrita died tragically on 5th December 1941 at the age of 28. 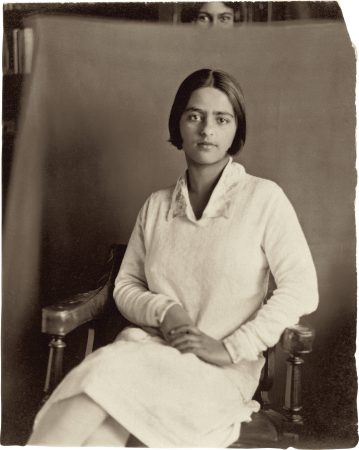 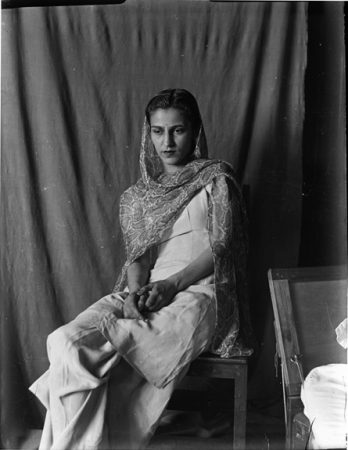 Indira Sher-Gil was born a year after Amrita, in 1914 in Budapest. While Amrita studied painting in Paris, Indira was admitted to the famous Alfred Cortot school of music where she learned the piano. In 1937, Indira met the civil servant Kuthur Vaidyanathan Kalyan (K.V.K) Sundaram in Shimla – the summer capital of the Central Government where he was then serving. They got married in October of the same year and had two children, Vivan (b.1943) and Navina (b.1945). 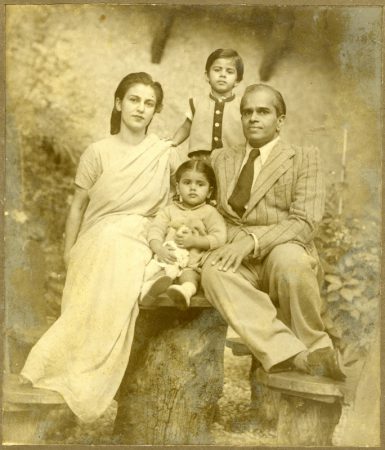 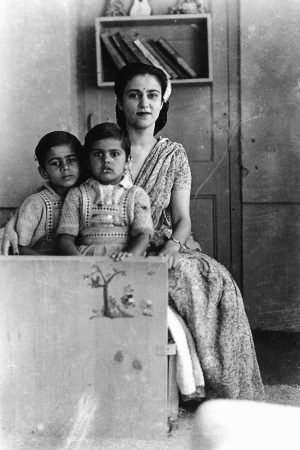 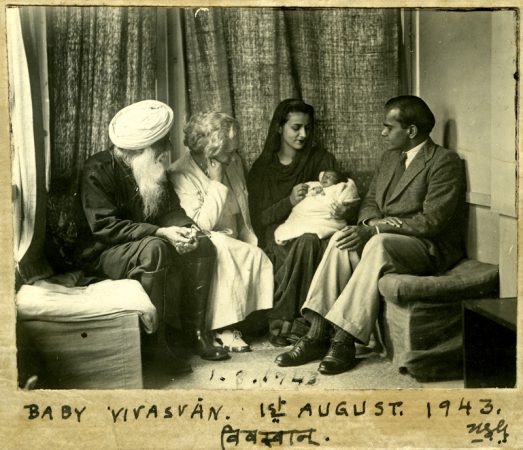 In 1948, Kalyan Sundaram was appointed the first Law Secretary of independent India and went on to serve as the second Chief Election Commissioner of India from 1958 to 1967 and as Chairman of the Fifth Law Commission from 1968 to 1971.  He was awarded the Padma Vibhushan in 1968. After retirement, he undertook the translation of three plays by Kalidasa from the Sanskrit to English which were published in 1988.

Indira spent her last years living in her Kasauli residence, called Ivy Lodge, which later became the shared studios and living space for the Kasauli Art Centre started by Vivan Sundaram after his mother’s death in 1975. Kalyan Sundaram died in Delhi in 1992.

A film by Navina Sundaram

Journalist and filmmaker Navina Sundaram left German Public Television Service NDR after 40 years in 2004. For the occasion of the first comprehensive exhibition of the works of Indian artist Amrita Sher-Gil in Germany, she switched to independent documentary filmmaking, opening a cinematic family album – as the title of her film reads. Amrita Sher-Gil, today known around the world, who was Sundaram’s aunt, stands in the focus of this personal quest. It includes, however, other members of the family like the grandfather, Umrao Singh Sher-Gil, whose photographs are dated between 1921 and 1941, as well as Vivan Sundaram, the filmmaker’s brother, who is one of the most important contemporary Indian artists.

Navina Sundaram takes her audience on a journey through time to the places of her childhood, visualizing the intense bonds between three generations of this cosmopolitan, Indian-Hungarian family. Amrita Sher-Gil appears not just as a sparkling figure of early 20th century art history – idiosyncratic, ingenious, incredibly productive ­– not just as a wanderer between the two worlds Europe and India, but also as a daughter, a sister, an aunt in a family environment that unconditionally encouraged her artistic talent.

Navina Sundaram, born 1945, grew up and studied in New Delhi. A documentary filmmaker and television journalist, she worked for North German Radio and Television in Hamburg as editor-cum-reporter, roving correspondent, foreign correspondent and anchorwoman from 1970 till her retirement from active television life in 2005. Her films dealt with political, socio-political, economic and cultural issues in Europe, Africa, Southeast Asia and South Asia. She filmed twice at the artists’ camps held at Kasauli Art Centre. In 1983, she documented the Indo-German artists’ exchange organized at the Kasauli Art Centre by Vivan Sundaram as part of his artist-led, international residency initiative; and in 1989, she filmed a theatre workshop and seminar organized by Anuradha Kapur.