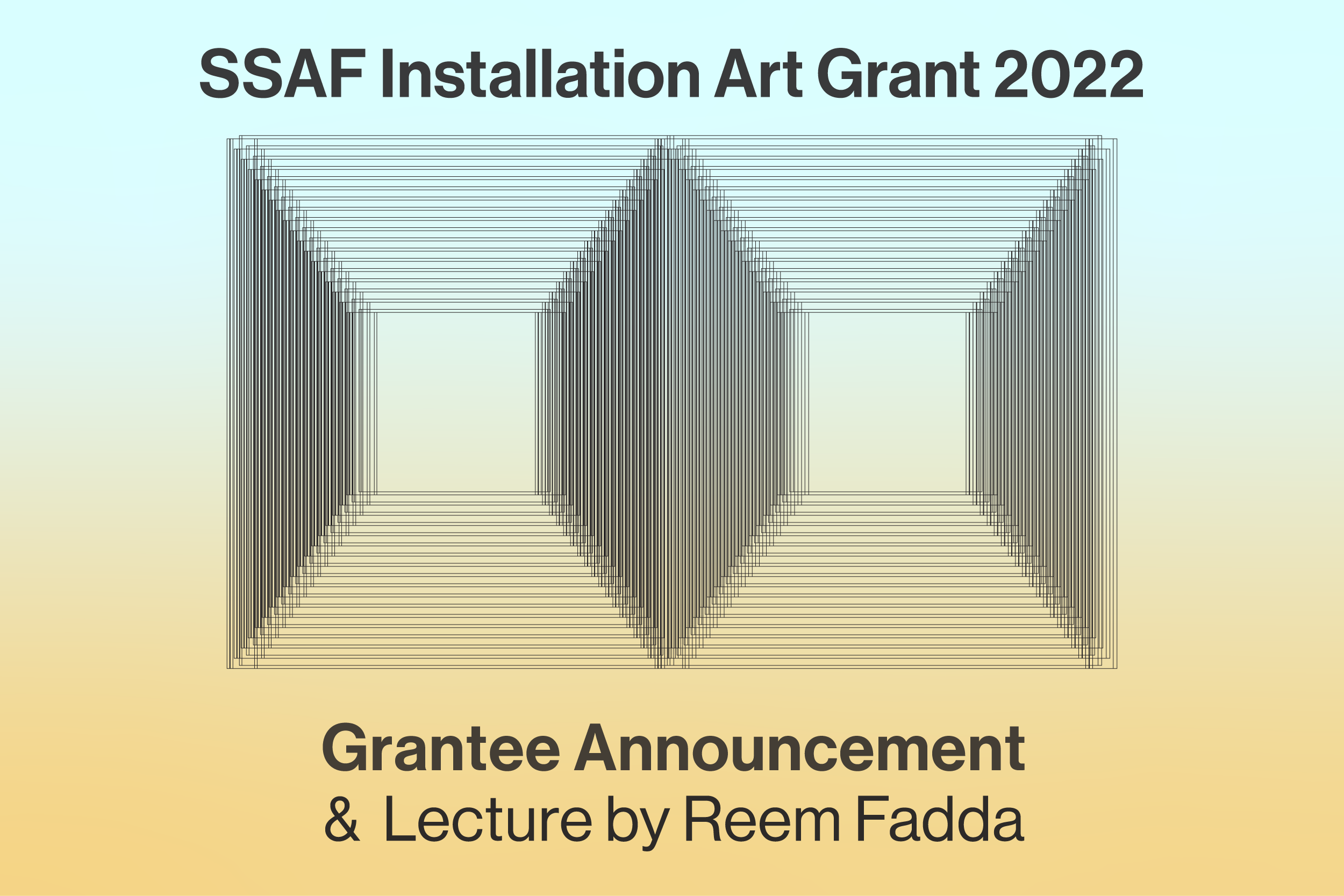 Reem Fadda’s lecture focused on the second edition of Desert X which opened on 11 February 2022 in the rural desert and protected landscape of AlUla to the north of Saudi Arabia. The exhibition, under Reem’s curatorial vision, invited site-specific installations and art interventions in response to and collaboration with the ecology of the region from fifteen artists around the world. Reem spoke about organizing the exhibition under the concept of sarab, the Arabic word for mirage, and its resonances with an art that is “living”– in kinship with the natural systems that sustain life on this planet. The dichotomy of the oases that abound in AlUla and the fabled desert phenomenon of the mirage forms an allegory for the unattainability and the realization of desire, provoking interrogations of modern civilization’s legacy of conquest and greed. Reem conceptualized the exhibition as a mode of acknowledging the larger phenomenological assemblages of the human and non-human in making and thinking with art. In moving away from the sterility of the white cube towards an environment with minimal artificial intervention, the works in Desert X AlUla do not overpower or subsume the environment within which they are sited. Instead, the desert – at once gentle and severe – is entangled with the artists’ productions, dismantling the post-industrial, alienating notion of the ‘visitor’s’ ‘encounter’ with a discrete ‘art object’. As such, Reem’s lecture illuminated her speculative propositions for an art that is public, that responds to the urgency of emphasizing community in increasingly individualizing times.

Reem Fadda (Jury Chair) is a curator and art historian. From 2010 to 2016, Fadda worked at the Guggenheim Museum as Associate Curator, Middle Eastern Art, Abu Dhabi Project. From 2005 to 2007, Fadda was Director of the Palestinian Association for Contemporary Art (PACA), Ramallah and served as Academic Director for the International Academy of Art Palestine, Ramallah. She has curated many international exhibitions and biennials, including Jerusalem Lives (Tahya Al Quds), The Palestinian Museum, Birzeit (2017); Not New Now, 6th Marrakech Biennale, (2016) and the United Arab Emirates National Pavilion, 55th Venice Biennale (2013). Fadda was awarded the eighth Walter Hopps Award for Curatorial Achievement in 2017 and is a 2019 Fellow of the Young Global Leaders of the World Economic Forum. She currently works as Director of the Cultural Foundation in Abu Dhabi.

Sabih Ahmed is the Associate Director and Curator at the Ishara Art Foundation in Dubai. His curatorial work and research focus on modern and contemporary art of South Asia through diverse itineraries, languages and inter-disciplinary formations. Prior to Ishara, Ahmed was a Senior Researcher and Projects Manager at Asia Art Archive from 2009 to 2019, a visiting faculty at the Ambedkar University Delhi and involved in independent curatorial projects that include being a curatorial collegiate member of the 11th Shanghai Biennale curated by Raqs Media Collective. His writings have been featured in academic publications and journals and he is on the Advisory Board of SSAF.