Title of the Project 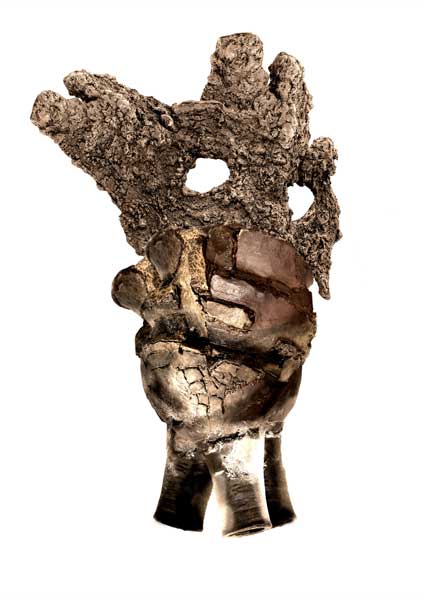 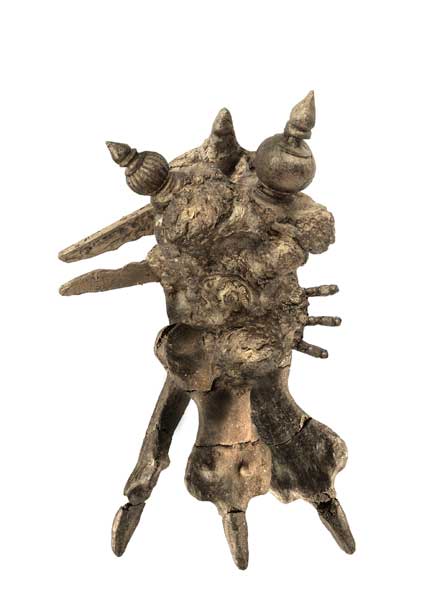 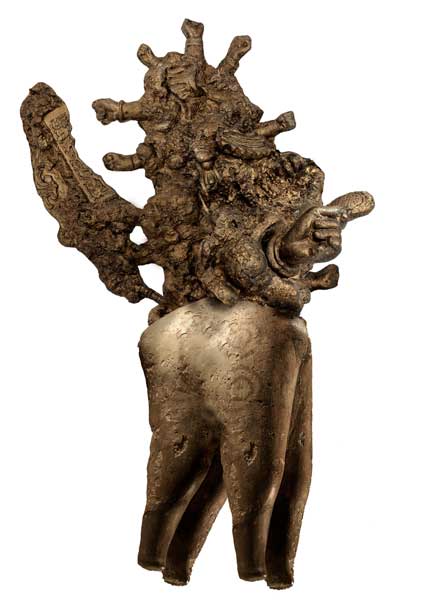 On the banks of the river Ghod, the prime artery of the Bhima River, lies the village of trophies, Inamgaon. The village that flourished as a proto-historic trade centre during the late Harrapan age is today an all but emptied out excavation site.  The site was discovered by a team of archaeologists led by Dr M K Dhavalikar in 1963. What they found there was a curious tradition by which the denizens of Inamgaon dealt with their dead.

The archaeologists chanced upon a burial site with a total of 243 graves. Bodies were buried outdoors, flanked with their copper tools, ornaments, armour and weaponry – all embroidered with beads of jasper. Each corpse was delicately arranged like the needle of a compass, with the head facing northward. The feet of these bodies were dismembered at the ankles which, the archaeologists believed, was a ritual to allow their souls to exit the land.

Yet, among these graves there was one which was even stranger. At the centre of the site, a body was found buried indoors, beneath the remains of a large structure – perhaps a temple or a stronghold. The corpse belonged to a 35 year-old man, seated cross-legged, and interred inside a massive terracotta urn shaped like a stout beast with four legs. Surrounding his burial urn, there were several others containing strange artefacts, large ceremonial masks, ritual daggers, horned blades, agrarian tools, scientific instruments and votive idols coffined inside ancient terracotta.

This revelation set the Indian archaeological community on fire.  Conflicting views were offered on the identity of the seated man. Some members of the ASI maintained that this man was the chieftain of Inamgaon on account of his solitary indoor burial, laden with tools and beaded trinkets.

Others argued that this man was instead an outsider to Inamgaon, a vagrant or nomad, buried inside his peculiar tomb in accordance with the rituals of his own people who had long vanished, perhaps falling victim to an ancient flood in the Bhima Valley.

This view was attributed to the discovery of a boat-like symbol marked on the inside of the four-legged tomb. This tomb was discovered by a pseudonymous member of Dhavalikar’s excavation team who went by the name ‘Mook Shodhak’ or the ‘silent seeker’. In the days that followed the discovery, Mook published a series of clandestine papers, arguing that the boat motif represented the pan-civilizational belief in the possibility of interdimensional travel. While they initially gained a surprising amount of support among the archaeological community, Mook’s arguments were officially dismissed by the ASI in the weeks following the declaration of the National Emergency in 1975.

The outsider theory was described as “deviancies that were incongruent with the established methods of the ASI, purported by a malicious rabble rouser”. Given their strange nature, the origins of these objects cannot be verified with any degree of certainty. Are they artefacts of a lost civilisation that preceded Inamgaon?  Or are they in fact Mook’s vessels of trans-dimensional travel, wandering across space and time with the weight of a million histories upon their backs?

While all these questions remain unanswered, one thing is certain: they are here now. 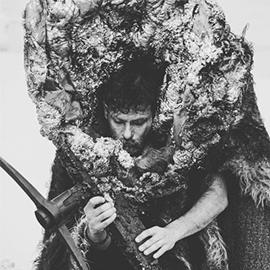 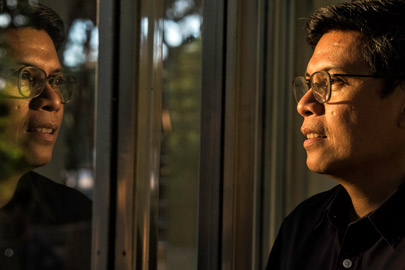 Patrick D. Flores is Professor of Art Studies at the Department of Art Studies, University of the Philippines, which he chaired from 1997 to 2003, and Curator of the Vargas Museum in Manila. He was one of the curators of Under Construction: New Dimensions in Asian Art in 2000 and the Gwangju Biennale (Position Papers) in 2008. He was a Visiting Fellow at the National Gallery of Art in Washington, D.C. in 1999 and an Asian Public Intellectuals Fellow in 2004. Among his publications are Painting History: Revisions in Philippine Colonial Art (1999); Remarkable Collection: Art, History, and the National Museum (2006); and Past Peripheral: Curation in Southeast Asia (2008). He was a grantee of the Asian Cultural Council (2010), a member of the Advisory Board of the exhibition, The Global Contemporary: Art Worlds After 1989 (2011), organized by the Center for Art and Media in Karlsruhe, and a member of the Guggenheim Museum’s Asian Art Council (2011 and 2014). He co-edited the Southeast Asian issue with Joan Kee for Third Text (2011). He convened in 2013, on behalf of the Clark Institute and the Department of Art Studies of the University of the Philippines, the conference ‘Histories of Art History in Southeast Asia’ in Manila. He was a Guest Scholar of the Getty Research Institute in Los Angeles in 2014. He curated an exhibition of contemporary art from Southeast Asia and Southeast Europe titled South by Southeast and the Philippine Pavilion at the Venice Biennale in 2015. He has been appointed the Artistic Director of Singapore Biennale 2019. 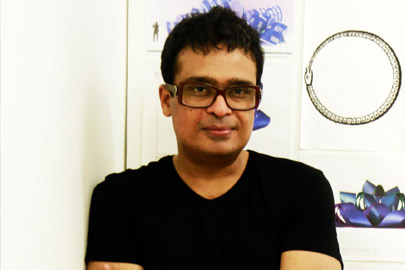 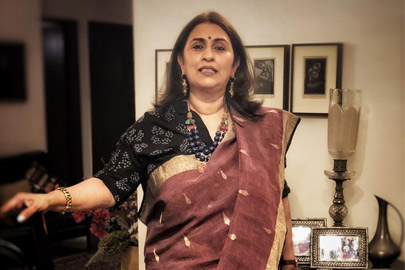 Pooja Sood is a founding member and Director of Khoj International Artists’ Association, which is an autonomous, not for profit society committed to experimentation and exchange in the visual arts in India. Under her stewardship, Khoj has grown from an annual event in 1997 to a small but vibrant institution which plays a central role in the development of experimental, interdisciplinary and critical contemporary art practice in India. As Director of Khoj, Pooja Sood has worked actively to build a robust network of experimental spaces across South Asia, resulting in the South Asian Network for the Arts (SANA). Her contribution has been in the field of curating alternative contemporary art practices in India, as well as exploring different models of collaboration and institution-building in India and South Asia. Since 2009 she has been the Director of ArThinkSouthAsia (ATSA), which is an arts management programme for young cultural leaders in South Asia. More recently, in 2015, she was appointed Director General of a multi-arts space, the Jawahar Kala Kendra, in Jaipur. Pooja Sood is a Chevening scholar on the Clore Leadership Programme, UK (2009–11). She lives and works in New Delhi.

It is with great honour on behalf of the jury to announce the recipient of the inaugural Sher-Gil-Sundaram Arts Foundation grant for installation.

The recipient is deeply interested in the proposition of the fragment and its elaboration as a mythological project. The fragment in the course of its re-signification and transposition in public spaces or para-sites or the customary white cubes loses its isolation and randomness as it finds common, though potentially volatile, ground with other inventions cobbled together through a mix of fantasy and research, by turns original, hybrid and unrecognizable.

What is fascinating about the practice of the recipient is the attentiveness to the facture of the object and the eccentricity of its animation. The integrity of the object, whether precious miniature or stalwart monument, is assured because it is conceptualized and animated with its attendant whimsy. It of course helps that the recipient works across media, from ink on fabric to sculpture to moving image to performance.

The proposal of the recipient begins with an archaeological moment and diligently but with a lively imagination moves into fiction. This transition fulfils the installative promise of liberating objects from their sedimentation and situating them within an ecology of inter-object subjectivity as well as the performative responses of the public. The argument becomes even more persuasive when we realize that the impulse is a trace of a corpse that becomes the basis of an intricate form-making, an assemblage from the grave, and a bricolage of unfired clay that encrusts found objects. In such a heady configuration, the funerary and the future figure together in time-travel and a pirated archive.

The recipient of the grant for installation is Sahej Rahal.

Sahej Rahal was born in 1988, lives and works in Mumbai. He earned his diploma in Fine Arts from the Rachana Sansad Academy of Fine Arts and Crafts in Mumbai. He has presented his art in such platforms as the Kochi-Muiziris Biennale, the Dhaka Art Summit, the Kadist Foundation, among others. He has consistently exhibited in India and has shown his works in the United Kingdom, Germany, Switzerland, to name a few.

Jitish Kallat speaks of the artist’s elaborate personal mythology… created by drawing characters from a range of sources, from local legends to science fiction. By bringing these into dialogue with each other, Rahal creates scenarios where strange and indeterminate beings emerge into the everyday as if from the cracks of our civilization; challenging ways in which we experience time and space. He is best known for public performances he has done in Mumbai, a city of enormous contradictions and collisions which has shaped the playful irreverence with which he approaches art-making.

We once again congratulate the Sher-Gil-Sundaram Arts Foundation for an auspicious initiative and Sahej Rahal for a remarkable achievement.

WATCH: Talk by Patrick D. Flores ‘Returning (to) the Image, Before Writing (into) Art’